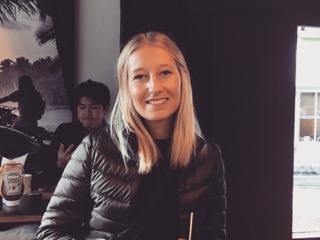 Create your own job

When I decided to apply for BSc in Economics and Business Administration at CBS, I knew I was different from the many ambitious students aiming for the highest possible GPA who wanted to get employed in major companies or leading consulting houses.

My focus was on entrepreneurship and start-ups as my ambition was to one day create my own job and not least my own company. I wanted to study in order to acquire the core skill set of setting up and running a business and the international mind-set necessary to see the global perspective.

These are the reasons why I chose CBS. That was the dream and still is.

Three years after my first day at CBS, I think back on the things I learned and the people I met. Starting at CBS, I quickly realised that many of the theories we learned were not going to do the trick in the real world. It was more about the mind-set, critical thinking and the art of sorting relevant from irrelevant. Something I doubt I would have learned if I had chosen not to study after upper secondary school.

Most importantly, I met people who shared my passion for entrepreneurship, and I have met many nationalities both in Copenhagen and in my half year in Hong Kong. I met Mikkel, and together we started our first business Taskflex – a platform that connects talented students and small businesses that need to get different tasks solved.

I also began working in a software start-up that is in rapid growth and is expanding to multiple different countries at the same time. And the best part is that I would not trade it for any job position in the big well-known companies. I am where I am supposed to be.

So my advice to any student or future student would be to carefully consider what your personal drive and ambition are, how you want to work, and who you want to work with. How would you like to design your life?

It was a huge relief to come to the realisation that I wanted to go small when everyone else wanted to go big. I truly admire all the amazing students aiming for jobs at McKinsey, Mærsk, and Novo Nordisk, but it is simply not something for me, and I became a much better student when I realised I did not have to compete with everyone else. I just had to create the job I truly wanted.