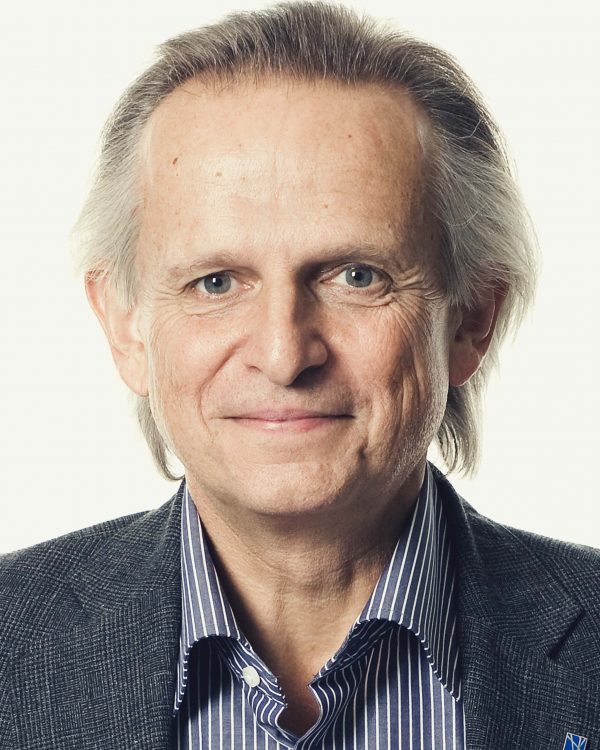 Stories and history at CBS

Stories and history at CBS

Entering 2017, the centenary year of CBS’ establishment, it might make sense to consider the phenomenon of history. The fact that our institution soon will celebrate 100 years as a business school is not something that we talk or think about every day. Only in a few exceptional cases is history the object of our attention and daily efforts:

When the history of an organization does come up, it’s usually in connection with an anniversary – just part of the ’balloons and fireworks’
(Seaman & Smith 2012:45)

We are all familiar with this concept, for instance supermarket chains which seem to celebrate their “special birthdays” once or twice a year. Seen in that light, I think that CBS is better off downplaying the festivities to come. If we, however, focus on history as an expression of the myriads of small stories that can be told rather than only seeing history as an opportunity to achieve something – then together we might deepen the understanding of what CBS represents and might evolve into.

Regardless of how we relate to this institution and its extent in time and relationships, we might all be facing situations where we suddenly find ourselves talking about something we have experienced at CBS. We are all bearers of traditions, habits, and more or less ritualised processes that were established many years ago – and we are all modifiers of the exact same historical ‘inheritance’ and suppliers of new patterns of expectations and activities. History and future are thus closely linked in our daily lives and the stories we formulate on this basis.

…history is not made by the pursuit of intentional goals by leaders but by myriads of ordinary people doing (or not doing) their jobs…
(Kreiner & March 2009:57)

CBS’ centenary is the perfect occasion to breathe new life into these stories. Perhaps 2017 could be the year where the entire population of CBS strives to describe, understand, and ‘learn’ from history? It is not a quest for manufacturing ‘the grand story’ or the ‘true’ story of CBS. It is an orientation towards the observations and experiences that dwell in each our own minds; which tacitly influence the way we work together and not least our perception of CBS and our professional approach to our day-to-day tasks.

Our professional identity does not express a more or less innate core, but a rich array of stories about incidents and occurrences, which tie us to great colleagues and memorable places. That is the core of the understanding of how narratives influence our individual sensemaking. The sense we thus make meanwhile draws up the general conditions for our notion of a possible future. To ourselves, or closest colleagues, and CBS. There are thus plenty of reasons to breathe life into the stories and to make personal experiences explicit to ourselves and to others.

Having no history is a Utopian notion. Nothing comes from nothing – and in principle, everything happens for a reason. We all have the ability to make sense (where sense cannot necessarily be made). The stories we make will bear the explanations of what happened, why it happened, and not least the sense it (has) made.

CBS once had a president, who, in what he did and said, publicly distanced himself from CBS’ history.

He was only here for two yearsbefore he had to find a job somewhere else that made sense to him. The leader who turns his back on history, turns his back on the staffwho in fact are bearers of the history that is being ignored  or shut out from leadership.

Above is an example of a small story, which uses observations of a historical course of events to make sense of what it means to lead someone. In light of this example, it is not only interesting to share the small stories, but also to try to learn what the story in fact is about, why you remember it so clearly, and the point it may form the basis of.

Therefore we invite everybody who is affiliated with CBS to share their small stories. We all possess a fauna of anecdotal material to contribute and to publish in a carefree, honest, and thought-provoking form. In this way, we can create an abundant collection of stories, which can be combined and interpreted in colourful constructions and notions of patterns and correlations. As psychologists would say, it is never too late to have a happy childhood – or in the words of David Bowie:

“You have to make the past part of your personality”.

CBS has a storytelling culture – we make sense of and across stories, which may bring an experience of a strong and healthy ‘childhood’. We want to be able to reflect ourselves in cheerful/sad/edifying/challenging/problematic/heroic anecdotes, which all offer a solid basis for our own – and CBS’ further development.

Let me conclude by sharing a small story, which took place before the turn of the millennium:
The President of CBS had opened a wide-ranging debate about how CBS was to be organised in the future. A number of working groups with different mandates had been set up to establish broad and nuanced material, on the basis of whicha new structure could be discussed and decided. As soon as the working groups had finished their work and written their reports, CBS organised a large faculty conference to present the material to more than a hundred employees. The day included both group discussions and presentations and finally, the Presidenttook the floor and briefly and objectively described the impact of the tremendous efforts made by the working groups and the groups  who had discussed the material as part of the faculty conference programme. He then looked at the audience  and ascertained: “In my opinion, CBS should maintain the current organisational structure. After this day, we are now able to do it on a well-informed basis!”

If we share our stories, we get something to talk about, which might even make a difference.