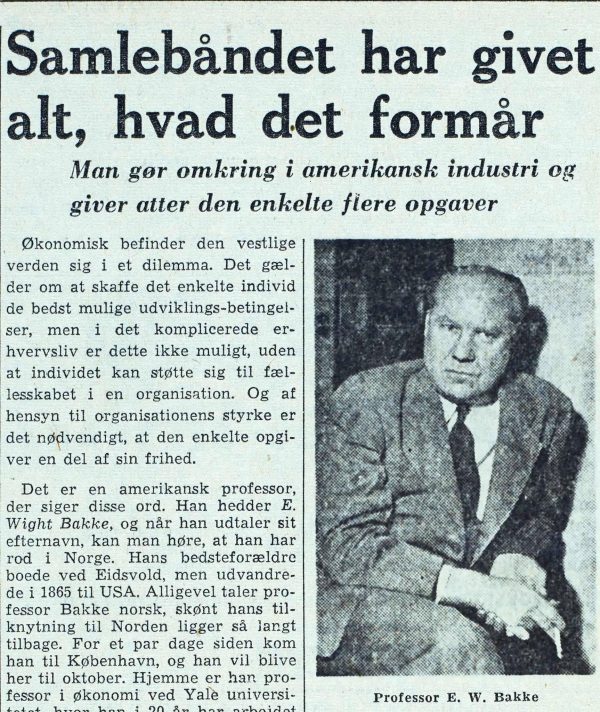 As the first Fulbright professor, Edward W. Bakke introduced a sociological approach to theory of management and organisation. He was a professor at Yale University and head of the Yale Labor and Management Center, which was established in 1945. He was recognised as one of the greatest authorities in his area at that time.

Edward Bakke took up a one-year Fulbright ­professorship at Handelshøjskolen, who established a research environment in organisational and industrial sociology shortly after. He gathered a group of lecturers and students and implemented his first pilot project, which studied management and staff relations in a Danish industrial company.

When Bakke returned to USA, a group of lecturers and students continued his work; efforts that led to the formation of today’s Department of Organization.