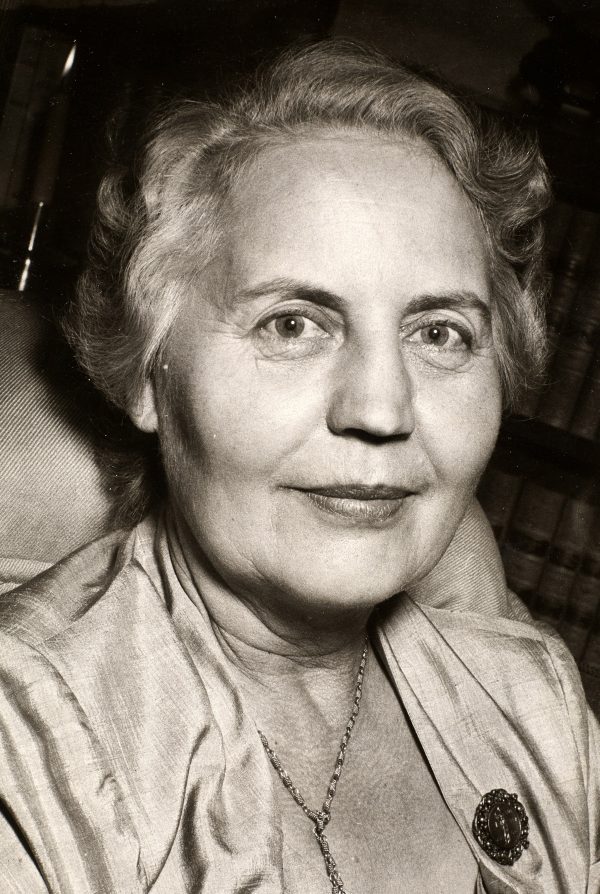 In 1934, Ester Graff passed the business school’s Graduate Diploma in Business Administration examination in Sales Administration and Marketing as one of the two first women. She had previously completed office training and spent the period from 1920 to 1922 studying in the United States, after which she had returned to Denmark and been hired by Levers Sæbefabrikker (“Lever’s Soap Factories”), which was later absorbed into Unilever. After a few years, she advanced to become the head of the Propaganda Department.

Ester Graff completed her graduate diploma studies as an evening program, and after receiving her degree she worked for Unilever in the affiliate company Sunlight in Stockholm from 1935 until 1939. After the Second World War, she became Director in Unilever and Head of Unilever’s advertising bureau, Lintas, until 1957, when she resigned, continuing to hold a seat on the board of directors until 1968.

Ester Graff was interested in international affairs and the Women’s Rights Movement, and during the Second World War she joined the Danish Women’s Civil Defense, where she became responsible for the propaganda work. In 1940, she joined the board of directors of the Copenhagen Circle of the Danish Women’s Society (Dansk Kvindesamfund, DK), where, as the associate chairwoman, she worked from 1944 to 1947 to get more women involved in politics.

In 1952, Ester Graff was elected President of the International Alliance of Women (IAW), in connection with which the IAW’s secretariat was moved to Copenhagen. She was reelected in 1955 and remained president until 1958, and in 1961, she became chairwoman of a new IAW committee focused on women’s problems in the new Europe. During these years, she also found time to engage in party politics, and she ran for a seat in the parliament as a representative of Det Radikale Venstre (the Social Liberal Party) in Copenhagen in 1960 but was not elected.