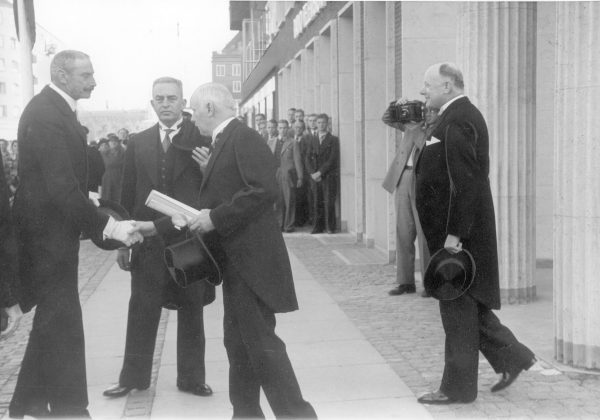 From science of commerce to business administration

In 1939, a major study reform introduces the term ‘business administration’ and strengthens the economic content of Handelshøjskolen’s programme portfolio.

The reform expands and strengthens the position of business economics as well as political economics, allocating more teaching hours to disciplines within these fields.

In the same year, Handelshøjskolen finally moves into its own new building at Julius Thomsens Plads, right next to the old building. The inaugural ceremony is attended by King Christian X.