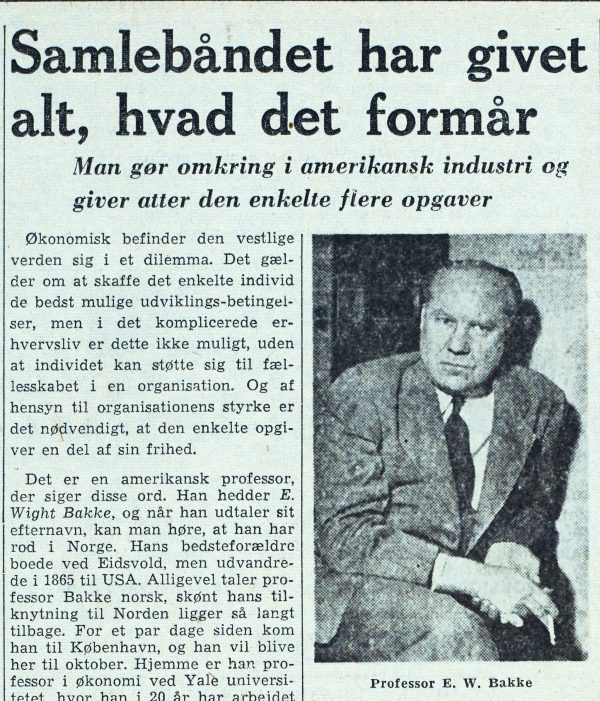 Edward Bakke to the Danish Newspaper Social-Demokraten: the assembly line has become dispensable.

In 1953, Handelshøjskolen welcomes the first American visiting professor under the Fulbright Programme.

The first American visiting professor arrives at Handelshøjskolen under the Fulbright Programme. The programme is created to enable American citizens to study and organise research stays outside America and correspondingly enable citizens of US allies to do the same in America. The American visiting professor at Handelshøjskolen is Edward Bakke, Professor of Industrial Relations at Yale, who is instrumental in the establishment of the Department of Organization and Industrial Sociology – a forerunner of today’s Department of Organization – with Associate Professor Torben Agersnap as head of department. Numerous Fulbright professors follow Edward Bakke in subsequent years.