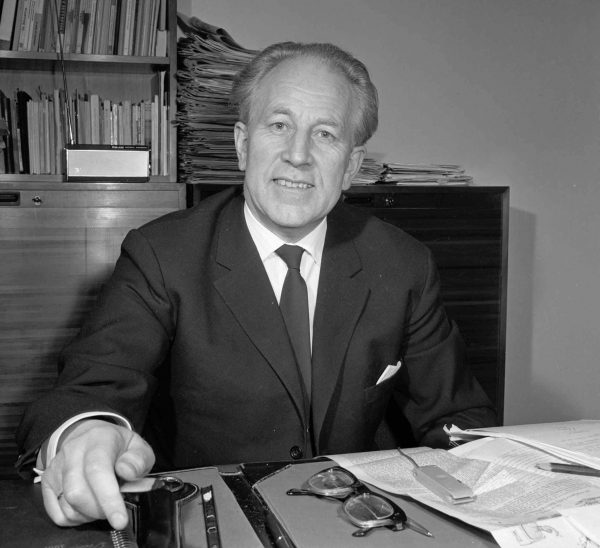 Handelshøjskolen is transferred from the Ministry of Commerce to the Ministry of Education in 1961. Kristen Helveg Petersen is the minister for education. Photo: Scanpix.

As part of a major restructuring of the Danish education system, Handelshøjskolen is transferred to the remit of the Ministry of Education together with the other Danish business schools.

Shortly after, the Government announces the abolition of tuition fees at business schools, so that the schools in the future will be fully funded by the Danish state.

These are just the initial two steps in a process that leads to Handelshøjskolen’s independence from the Danish Society for the Advancement of Business Education four years later.