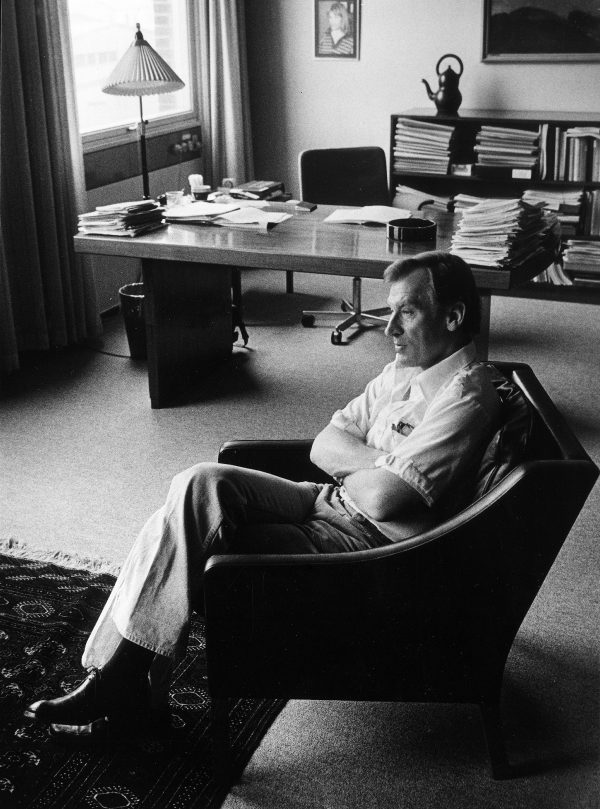 Rector Lauge Stetting photographed in his armchair at the office. Photo: Polfoto.

Rector Lauge Stetting steps down in protest against scarce resources

In 1979, 150 lecturers engage in a strike for better working conditions and Lauge Stetting steps down in protest against limited economic resources, which severely affect all of Handelshøjskolen’s activities.

Throughout the 70s, Handelshøjskolen is under budgetary constraint by the Ministry of Education resulting in a severe lack of teaching capabilities, teaching facilities and funding for research. The situation culminates in March 1979, when Rector Lauge Stetting resigns from his post in protest against the scarce resources. Just before the summer exams in 1979, 150 external lecturers in the language programmes engage in a joint strike in an effort to better their working conditions. The situation does not begin to better substantially until the late 80s.